Lately a lot of shops that never had much to do with automatic transmissions are suddenly advertising that they offer rebuilt transmissions. How did they get into the business? They are buying remanufactured transmissions (remans).

A reman is a factory remanufactured transmission. It was rebuilt far away, in an assembly line setting. Then, when your car needs a transmission, the shop calls and orders the rebuilt transmission, and shop's technicians simply replace the original, worn out transmission.

To be clear, there's nothing wrong with most reman transmissions. Many are built to almost the same standards that Cottman demands of its franchisees. That's why many Cottman centers will use the occasional reman, such as when a transmission has too much damage to be worth rebuilding.

The real problem with remans isn't the transmissions themselves; it's the shops that sell them. That's because, too often, those shops don't have the experience to recognize that the problem that's keeping the transmission from working properly has nothing whatever to do with the transmission.

The technicians at your local Cottman center are transmission specialists. They're familiar with today's transmissions... and the systems that control them. And they're extremely careful never to recommend rebuilding or replacing a transmission until they've exhausted every other less-expensive possibility.

So, whether you bring your transmission to the transmission specialists at Cottman or someone else, your car will probably work just fine when they're done. The bigger difference is, with Cottman, you'll never pay for a transmission unless you really need one.

That seems like a good reason to bring your car to your local Cottman center. 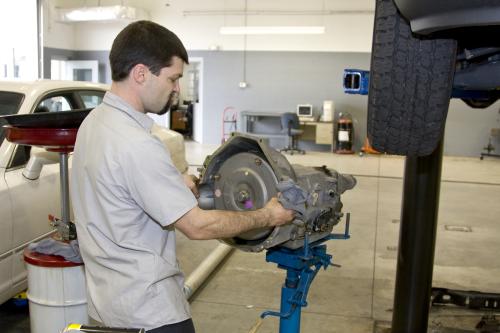